Over the Rhine's
15th studio album
marks the duo's 30th continuous year of writing, recording and touring together. 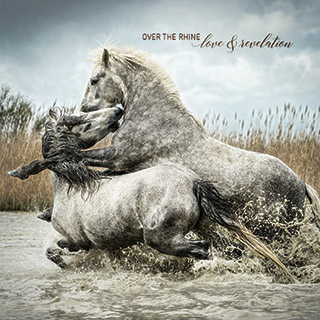 In that time, singersongwriters/ multi-instrumentalists Karin Bergquist and Linford Detweiler (who've been married for 22 years) have built a vivid, emotionally-charged body of work that has won them a deeply devoted following and critical acclaim.Like its predecessors, Love & Revelation showcases the pair's timeless songcraft and understated yet soulful delivery. Those qualities are prominent on such memorable new songs as "Los Lunas," "Let You Down," "Broken Angels" and "Making Pictures," whose insistent melodies and striking lyrical imagery haunt the listener long after the music fades.

The 11-song Love & Revelation, which the rural Ohio-based duo and their “Band of Sweethearts” recorded with longtime engineer Ryan Freeland at his Stampede Origin studio in Culver City, CA, continues Over the Rhine's career-long embrace of its unmistakable creative values.

"Each record we've released is authentic to a particular time in our lives," Detweiler notes. "They're all mile markers on a long road that beckoned to us in our youth. Karin did a lot of the heavy lifting on this record in terms of the songwriting and really set the tone for the project. We help edit each other's work, and it was so great to sit at the kitchen table together and let songs come fully into being. It's not always easy, but it is rewarding, and ultimately very intimate work. I'm so grateful for our musical connection at this point in our lives and marriage."

Although the duo's usual producer, Joe Henry, was unavailable to work on the new album due to a writing sabbatical in Ireland, many of Love & Revelation’s all-star cast of musicians originally came to Over the Rhine via Henry:

Henry's influence is also felt in Love & Revelation's title. Bergquist continues: "Joe always used to sign off in his emails and letters with 'Love & Revelation, JH.' It was a little blessing he would offer—his wish, I suppose, being that anyone who came into his circle would know love and be open to being surprised. The phrase became important to us, and we asked Joe if we could use it for the name of the record. He quickly gave us his blessing."

Even after three decades of record-making, Bergquist and Detweiler still find fulfillment and inspiration in the creative process. "The poet Christina Rosetti has a poem that begins, Does the road wind up hill all the way?," Bergquist explains, "She assures us that it does indeed, until the very end, but there are surprising rewards along the way nonetheless. We don't know that it ever really gets easier. But we will say the actual recording of the songs is a joy, and is something that we just get caught up in. The lion's share of this record was recorded in just three days, with a sympathetic group of musicians leaning in together. It's something you can get high on for weeks. But writing songs, the mixing process and fine-tuning things toward the end—it can be a bit harrowing as well."

"Priorities change as the years pass," Detweiler observes. "There's a line in one of the new songs, 'Betting on the Muse,' The fact that you still make me laugh is what I'm most proud of. That's probably the best definition of success we can come up with at the moment. Thank God we're still laughing." 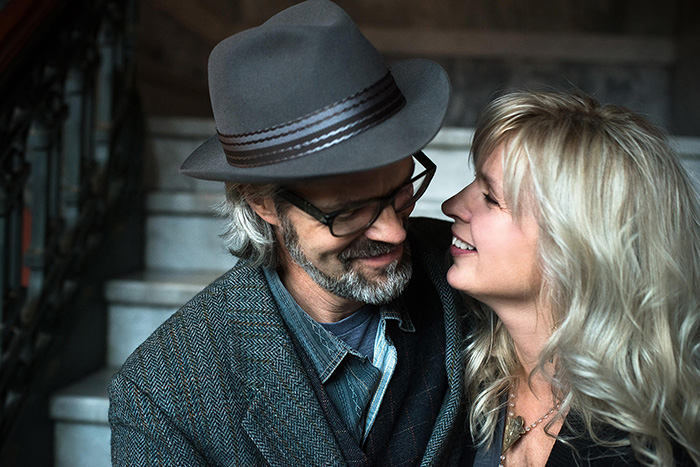 "But honestly, there is a fair amount of grieving on this record too," Detweiler adds. "We aren't kids anymore, and we've buried people we love over the years. Nobody gets out of this world alive.”

"One song that I had been working on for years is 'Los Lunas,'" Bergquist notes. "It ended up being the first track on the record, and the narrator in the song states a simple fact at the outset: I cried all the way from Los Lunas to Santa Fe. We realized that we were grieving. And I think a lot of people are. Why are we grieving? We've lost loved ones. We've seen our friends struggling with loss—the loss of a child, or a partner. We've seen friends and family members struggling with chronic illness, or a daunting cancer diagnosis. As Willie Nelson wrote in one of his recent songs, It's not something you get over, it's just something you get through. A lot of these new songs are coming to terms with our realization that certain losses will be carried with us for the rest of our lives."

"We know a lot of people turn on the news and are in shock at what they are seeing," says Detweiler. "Beneath that shock is grief. We are grieving the fact that we aren't quite sure who we are anymore as Americans. Things are shifting and being revealed.”"But then the record takes a turn," Bergquist points out. "Some things haven't changed. We still believe in love and revelation. We still believe in meaningful work. We keep going, and with the darkness falling, we still find reason to dance."That attitude is shared by Over the Rhine's audience, which continues to embrace the duo's music with a heartfelt intensity that transcends mere fandom.

"We think of the people who have found our music less as fans, and more as extended musical family," says Bergquist. "We didn't necessarily plan it this way, but our music has been very effective at creating community. People who find our music tend to invite it into their big moments: falling in love, walking down the aisle, giving birth, decorating for Christmas… All the way through to the hardest stuff, like a period of extended illness, putting loved ones in the ground and saying goodbye."

Indeed, every Memorial Day weekend, Bergquist and Detweiler host Nowhere Else Festival on their farm in Clinton County, Ohio, where they're in the process of transforming an historic 1870s barn into a performing arts center. The duo invites a variety of musicians, writers, filmmakers and visual artists to join them for a weekend of music, art and conversation. Those gatherings have been described as extended musical family reunions for the band and its fans.

"There are different questions a young artist can ask," Detweiler observes. "One is, 'What must I do to be famous?,' which swings the door open to all manner of destructive forces from both within and without. Another question is, 'What must I do to make this sustainable, to practice a craft for the long haul, to continue to grow over the course of an entire lifetime?' The second question has always been far more interesting to us. And to make a career sustainable, we had to establish a fair bit of independence early on.”

"We can, and will, reflect on the last 30 years of making music, and we'll lift a glass in 2019 to our 30th anniversary to be sure," says Bergquist. "But what's most important and more interesting to us is to think about what's ahead: the next 30 years.”

"Eventually we want to record much of our music in the barn, host concerts, workshops etc.," says Detweiler. "Our big idea moving forward is: Wouldn't it be great to make music in front of a great live audience and then sleep in our own beds every now and then?”

"For years people have been telling us that they find our songs healing," says Bergquist. "Or they come to Nowhere Else Festival, and describe the weekend as 'healing.' It used to always surprise us. But in recent years we have experienced it ourselves. We always feel better when the music starts. We can feel our bodies change. We breathe easier. We begin to believe that all may be well in the end."

"Maybe the best thing we can do for someone who is struggling is just to let them know they're not alone," Detweiler adds. "A good song can do that. So a confession as simple as, I cried last night, I couldn't sleep, I'm struggling, and this is what it looks like today, can be incredibly powerful.”

Karin concludes, “We are rhymers. And there is still so much music left to be made.”